Maxwell J. Fry (1944-2000) was a prominent figure around the world in International Finance and his work was widely acclaimed in central banking circles. His contribution was in the fields of international and development (‘global’) finance and this annual lecture is given by an internationally leading academic or policymaker on a topic that reflects Fry’s interests.

Fry received his PhD in Economics at the London School of Economics in 1970 and taught at The City University of London for four years. In 1974 he joined the Department of Economics at the University of Hawaii before leaving to teach at University of California-Irvine in 1980. Shortly after this he accepted an endowed chair as a Professor of International Finance at Birmingham Business School. He passed away prematurely in 2000 and we remember him each year in late October.

The Maxwell Fry Global Finance Lecture 2021 was given by Professor Alec Chrystal (Bayes Business School at City University of London) on 13 October.

Lecture Title: The Yuan and the Dollar Crisis 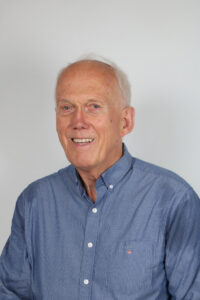 Alec Chrystal’s first academic post was as a lecturer in economics at the University of Manchester. He was then an economic adviser in HM Treasury working in international finance before moving to be a lecturer in Economics at Essex University. Alec joined the City University Business School in 1988 after being Professor of Economics at Sheffield University. During 1997-2001 he was working as a senior adviser in the monetary analysis wing of the Bank of England. Alec returned to Bayes (formerly known as Cass) in September 2001 to become Head of a merged Finance Faculty, a post he held until 2009. He has research interests in monetary economics, international finance, and political economy. Several books have been authored or co-authored, including the latest seven editions of a well-known principles of economics textbook, Economics, with Richard G. Lipsey, Controversies in Macroeconomics (with Simon Price) and Political Economics (with James Alt).

Lecture Title: Central Banking in Interesting Times and the Demand for Base Money
Date: 14 October 2020